Now this was a really fun bug to fix. The idea is that, we want to allow the user to download a file or folder structure without the need to download the whole project. Here’s a demo: 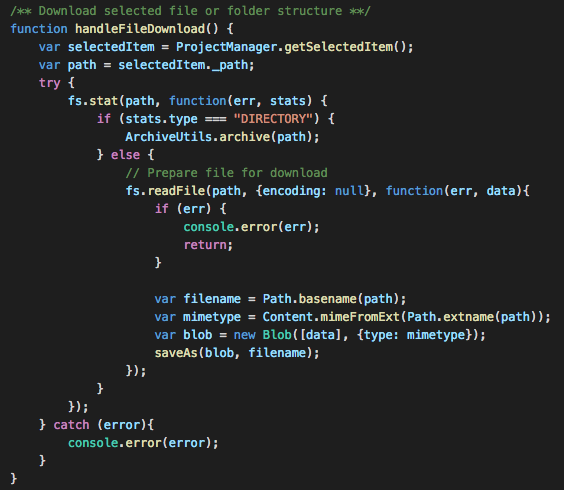 This function gets the path for the selected item in the file tree and either zips (if it’s a folder structurer) or download the file (if it’s a single file).

In conclusion, if you want to learn something, try it for yourself 🙂 Study what other functions are doing and debug it. You will learn more from debugging then staring at a piece of code.