To avoid this problem, I used to make a backup of my latest code, delete all commits and push my new code. If I only knew about squash earlier (no, not the fruit).

Why don’t we “squash” these commits into 1? 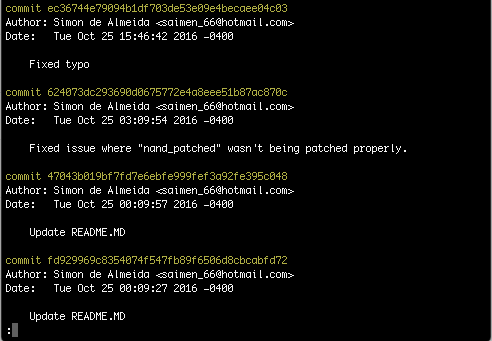 This will show all 16 previous commits on my current branch (master). 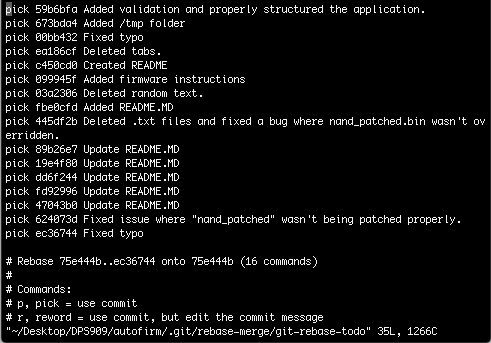 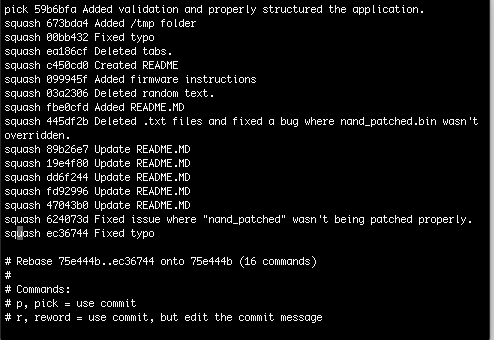 Save and quit (Since I use vi, type :wq to save and close the current file).

Git will now give us a second change of being able to change the commit messages (incase you didn’t like them before). 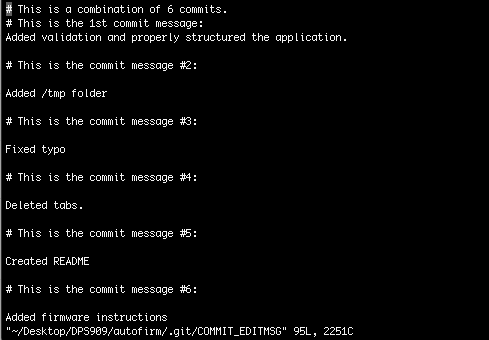 In this case, I was happy with the previous commit messages and I didn’t want to change them.

Save and quit (Again, with vi is :wq) and you should see that the commits have been combined.

Bam! Now lets do a git push and see if those ugly commits was changed to 1 commit:

Yes! This is probably one of the best feature in github 🙂